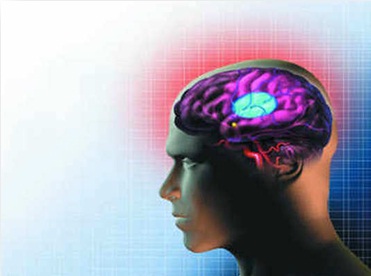 CBI has decided to conduct brain fingerprinting of the accused in Hathras rape case.

A team of CBI officers probing the alleged rape and murder case of a 19-year-old Dalit girl in Hathras, Uttar Pradesh, are conducting the A brain electrical oscillation signature profiling (BEOSP) test of all the accused.

It is a computer based technology designed to determine hidden information in individual’s brain by measuring electrical brain wave responses to words, phrases, or pictures presented on a computer screen.

It is known as Brain Electrical Oscillation Signature Profiling (BEOSP), a neuro psychological method of interrogation in which the accused’s participation in the crime is investigated by studying their brain’s response. The BEOSP test is carried out via a process known as electro encephalogram, conducted to study the electrical behaviour of the human brain.

Under this test, the consent of the accused is first taken and they are then made to wear caps with dozens of electrodes attached to them. The accused are then shown visuals or played audio clips related to the crime to check if there is any triggering of neurons in their brains which then generate brainwaves. The test results are then studied to determine the participation of the accused in a crime.

In the probes, pictures that are relevant to the investigated event - recognizable and noteworthy only for the subjects who had participated in the event. The relevant information creates a baseline that reflects information relevant to the crime that the suspect claims to have no knowledge of.

There are four stages to Brain Fingerprinting:

1. Crime Scene Evidence Collection: Gathering evidences from crime scenes
2. Brain Evidence Collection: A specialist checks whether the crime scene evidence matches evidence stored in brain.
3. Computer Evidence Analysis: Computerized analysis is done on the brain evidences and statistical methods are applied to move to the next phase.
4. Scientific Result: Finding whether the person is guilty or not guilty

Difference between BEOSP Test and Polygraph or a Lie Detector Test

The BEOSP procedure does not involve a question answer session with the accused and is rather a neuro psychological study of their brain. In a polygraph test, the accused person’s physiological indicators are taken into account which includes blood pressure, pulse rate, respiration and skin conductivity.

Although, experts say that while a person might be able to control their pulse rate and BP even in times of distress, a BEOSP test offers a much more credible result.

In 2010, the Supreme Court passed a judgment in the Selvi versus State of Karnataka case where the bench observed that narco analysis, polygraph and brain mapping tests cannot be forced upon any individual without their consent and the test results cannot be admitted solely as evidence. However any information or material discovered during the tests can be made part of the evidence, observed the bench.

Although, such forensic tests are considered as an evidence in the court of law, but help in very large extent, in the whole investigation process. To be fair to the accused, in these tests, they also prepare probes on the basis of their alibis and then present two hypotheses in front of them to invoke the brain’s reaction.

The tests are based on the phenomena of knowledge and experience. A person’s brain might have knowledge of the crime committed and the alibi they have come up with. But it is the experience of having participated in the crime that determines their guilt. Surely these types of tests speed up investigation and trial process, which further reduce the pending cases.

Question for Prelims : In relation to the Brain Fingerprinting Technology, consider the following statements:

Question for Mains : Can the frequent use of brain mapping tests for crime investigation purposes help in speeding up the conviction process ? Critically discuss the various issues involved.