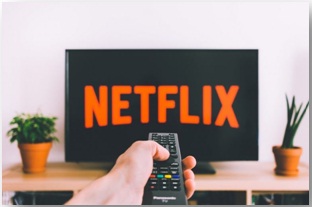 The Delhi High Court recently declined to stay the broadcast of a show by Sudarshan News channel, which claimed to be an “expose” on the “infiltration of Muslims” in the Civil Services. A notice has been issued to the channel. The Ministry of Information and Broadcasting, citing that there is no pre-censorship of any show telecast on TV channels, as long as the show does not violate the laid-down programme code.

The programme on Sudarshan TV had come under judicial scrutiny before the Supreme Court and the Delhi High Court last month. The apex court had refused to impose a pre-broadcast ban on Sudarshan TV, but the high court in an interim order stayed the telecast of the show.

Further, the Delhi High Court issued an injunction after noting that the proposed telecast violated the code prescribed in the Cable Television Network (Regulation) Act, 1995. Section 5 prescribes that “no person shall transmit or re-transmit through a cable service any programme unless such programme is in conformity with the prescribed programme code.

The students of Jamia Millia Islamia university said the show sought to incite hatred against them.

Section 19 gives the power to prohibit a broadcast in the public interest if the programme is likely to promote, on grounds of religion, race, language, caste or community or any other ground whatsoever, disharmony or feelings of enmity, hatred or ill-will between different religious, racial, linguistic or regional groups or castes or communities or which is likely to disturb the public tranquility.

High Court Justice said prima facie it appeared the proposed broadcast would violate Section 5. The I&B Ministry informed the court it had received complaints against the broadcast and had sought the channel’s response.

The Supreme Court said the petition against the Sudarshan TV show prima facie raises significant issues bearing on the protection of constitutional rights. However, it said that it would desist from imposing a pre-broadcast interlocutory injunction on the basis of an unverified transcript of a forty-nine-second clip. The Court has to be circumspect in imposing a prior restraint on publication or the airing of views. The Apex court further added that under statutory provisions, competent authorities are vested with powers to ensure compliance with the law.

In the Netflix case, the High Court dismissed the petition, saying since only he was personally affected by the broadcast, the appropriate remedy would be to file a civil suit. The court order said the series would certainly damage the reputation of the head of the Sahara family.

Netflix had sought to appeal against the directive in the Supreme Court but was directed by judges to approach a higher state court first.

It is a pre-emptive action to prohibiting the exercise of free speech before it can take place. Imposition of pre-censorship or prior restraint on speech is a violation of the fundamental right to freedom of speech and expression enshrined in Article 19 (1) (a) of the Constitution. Any restrictions imposed on this right have to be found under Article 19(2) of the Constitution, which puts reasonable restrictions that include interests of the sovereignty and integrity of India, security of the state, public order, and incitement to an offence.

The imposition of prior restraint on speech usually has the burden to show that the reason for such restraint can be found under Article 19(2). It is generally allowed only in exceptional circumstances. The idea is that speech can be restricted only when judged on its actual content and not pre-emptive bases on perceptions of what it could be.

Freedom of speech and expression falls under the category of

Examine the significance of Pre-Censorship in the democratic society.