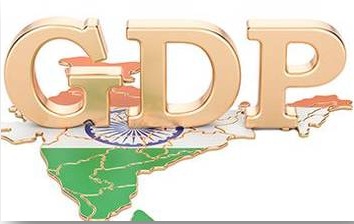 Background : The growth in India's real GDP during 2020-21 is estimated at -7.7% as compared to the growth rate of 4.2% in 2019-20, said government on Thursday as part of its first advance estimates of the economic growth. This is the biggest contraction since 1952.

On Thursday, the Ministry of Statistics and Programme Implementation released the First Advance Estimates (FAE) for the current financial year. According to MoSPI, India’s gross domestic product (GDP) — the total value of all final goods and services produced within the country in one financial year — will contract by 7.7 per cent in 2020-21.

Ministry of Statistics and Programme Implementation is authorized to release regular estimates of GDP. The first such instance is through the First Advancesd Estimated. Their significance lies in the fact that they are the GDP estimates that the Union Finance Ministry uses to decide the next financial year’s Budget allocations.

The FAE will be quickly updated as more information becomes available. On February 26th, MoSPI will come out with the Second Advance Estimates of GDP for the current year.

The first advance estimates of GDP, obtained by extrapolation of seven months’ data, are released early to help officers in the Finance Ministry and other departments in framing the broad contours of Union Budget 2021-22.

Procedure to get Estimates

First Advanced Estimates are derived by extrapolating the available data. According to the MoSPI, the approach for compiling the Advance Estimates is based on Benchmark-Indicator method.

The sector-wise estimates are obtained by extrapolating indicators such as, Index of Industrial Production (IIP) of first 7 months of the financial year.

However, this year, because of the pandemic there were wide fluctuations in the monthly data. Moreover, there was a significant drop, especially in the first quarter, on many counts. That is why the usual projection techniques would not have yielded robust results.

With a view to contain spread of the Covid-19 pandemic, certain restrictions were imposed from 25 March, 2020. Though the restrictions have been gradually lifted, there has been an impact on the economic activities as well as on the data collection mechanisms. Estimates are therefore likely to undergo sharp revisions for the aforesaid causes in due course, as per the release calendar. Users should take this into consideration when interpreting the figures. The release of Second Advance Estimates of National Income for the year 2020-21 and quarterly GDP estimate for the quarter October-December, 2020 (Q3 of 2020-21) will be on 26.02.2021, stated by the Ministry of Statistics & Programme Implementation in an official release.

The pandemic and stringent lockdown measures imposed by India in the early stages hit India hard. Asia's third largest economy recorded its first-ever recession with a contraction of 23.9% in the April-June quarter and a 7.5% fall in the September quarter.

The Reserve Bank of India (RBI) last month projected the Indian economy to contract 7.5% in FY21, thus revising the 9.5% contraction it projected just two months ago, on the back of a host of lead indicators, suggesting sustained economic recovery. It expects the economy to post 0.1% growth in December quarter and 0.7% in March quarter to end FY21 with 7.5% contraction.

Question for Prelims : Consider the following statements regarding the Tax Buoyancy:

1. It is the ratio of growth in tax revenue to growth in GDP.
2. It helps in finding gross value addition.

Question for Mains : ‘The movement of high-frequency indicators in recent months points towards a broad-based resurgence in economic activity. A more manageable pandemic situation compared to advanced nations has further given momentum to the economic recovery.’ Comment