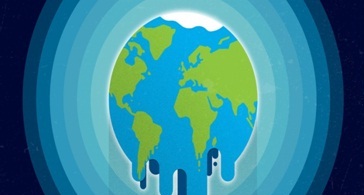 Background : NGOs have filed a lawsuit against the French State for doing too little to fight climate change as citizens around the world step up their efforts to force stronger moves to cut carbon emissions. The French NGOs are basing their legal action on a series of binding agreements, such as the European Convention on Human Rights and the 2004 Environmental Charter, as well as non-binding texts, such as the Kyoto Protocol and the Paris Agreement.

Lawsuit Filed against the French Government

The legal case dates back to 2018, when four prominent environmental NGOs, like Greenpeace France, Oxfam France, Notre Affaire à Tous and Nicolas Hulot — filed a formal complaint against the French government, after a historic petition against climate change garnered a record 2.3 million signatures.

Unhappy with the response they received, the NGOs launched a lawsuit in March 2019, seeking symbolic damages of just €1 from the French government. Along with the case, the NGOs presented 100 personal testimonies after collecting over 25,000 online, AFP reported.

In their lawsuit, the organisations accused the government of failing to live up the commitments it had made under the Paris Agreement and other national and international climate accords. The NGOs claimed that the government had repeatedly postponed implementing policies to curb greenhouse gas emissions, and limit the rise in global temperatures.

An NGO said in its statement that, the Greenhouse gas emissions under this government’s five-year term dropped at a pace that was twice as slow as the trajectories foreseen under the law. The groups hope the French government will be held responsible for climate inaction following the case, which will set a precedent for other nations around the world.

Steps Taken By the French Government

The Paris Agreement was signed in 2016 by nearly every country in the world, with the aim of limiting global warming to less than 2 degrees Celsius above pre-industrial levels. But environmental experts say that most nations, including France, have failed to meet the commitments laid down in the agreement.

In December last year, French President announced a referendum to add the fight against climate change and ecological degradation to the country’s constitution. He acknowledged that France had a long way to go before it could achieve its climate-related targets to curb global warming.

A report submitted by France’s independent advisory council on climate warned that the government had to work harder to reduce carbon dioxide emissions in the country as it had failed to meet the first official objective of its 2015-18 carbon budget. During this period, annual emissions dropped by a minuscule 1.1 per cent, which was much less than planned, the Guardian reported. The government would have to triple the rate of decrease to meet its targets by 2025, the report stated.

While France has pledged to reduce its emissions by 40 per cent by 2030, experts have said it has far exceeded its carbon budgets and not done enough to make buildings more energy efficient, or to develop renewable energy.

The French Environment Ministry denied that it failed to comply with its legal obligations to fight climate change and called for the case to be dismissed, CNN reported. France argued that it could not be held “solely responsible” for climate change in the country.

The government wrote in its defence, that, France makes up around 1% of the world’s population and emits around 1% of the planet’s greenhouse gases each year. It argued that a substantial part of the country’s pollution comes from industrial and agricultural activities” as well as from “individual choices and decisions which it is not always possible to influence.

France played a key part in engineering an agreement at the Paris Climate Conference in 2015, but it has consistently fallen short of its environmental commitments since then. The Paris agreement called for capping global warming at "well below" two degrees Celsius (3.6 degrees Fahrenheit), but the planet is currently on track to heat up by at least four degrees C.In an electro-shock report published in October, the UN's climate science panel (IPCC) said only a wholesale transformation of the global economy and consumer habits could forestall climate catastrophe.

Question for Prelims : Consider the following statements regarding Paris Agreement:

1. It puts limit on the emission of greenhouse gasses on the Developed countries.
2. It was signed within the framework of UNEP.

Which of the statements given above is are correct ?

Question for Mains : What is Nationally Determined Contributions (NDCs)? How do they influence on the target of Paris Agreement ?