Scoring the Census and It's Data 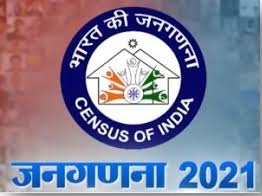 Background : There is still a lack of information for, what proportion of pregnancies in India start off without the consent of the woman, even though the veil of marriage may cover it legally and culturally. While physical and mental violence can be ascertained by a sensitive clinician, the intergenerational impact of a regretful and anxiety-loaded pregnancy is inadequately quantified by current clinical or epidemiological tools. Measuring and tracking matters of import is critical to individual, community as well as national well-being.

If we equally value all Indians, we should not stick to decennial census operations alone and count ourselves the way we do on lines that tell us how we can be sorted and addressed in the political economy. rather, we should do so to understand what our cumulative human capital and potential look like.

The thing that is valuable is measured frequently, at different life stages, and at disaggregated levels: birthweights; the heights and weights of our children when they enter school; school completion rates; perhaps the age, height and weight of a first-time pregnant woman; and most definitely, the number of women in the formal workforce who are on a par with men in terms of earning.

Factuality of Birth and Death At An Early Stage

A desired pregnancy is to be supported by a fully functional health-care system, able to anticipate complications before time and facilitating a safe delivery. Current stillbirth numbers in India are hard to pin down, but after accounting for background losses and abortions, there still remains a distressingly large number of still births, sometimes mis-recorded as early neonatal deaths.

Despite the trend towards nuclear families, pregnancies in India still are familial events, outcomes are eagerly anticipated by more than just the parents, and stillbirths are a rude end to many fond wishes. A young, short and under-schooled woman is more likely to have a bad pregnancy outcome, or, a smaller than expected baby.

Good start need a lot of effort at an early stage and is always helpful, but easily squandered if subsequent growth and development are blighted by the lack of adequate nutrition, first exclusively from the mother’s breast, then through locally available weaning and complementary foods and repeated bouts of vaccine preventable or easily treatable illnesses.

Parental hopes of a child growing up, going to school and becoming successful hit a major hurdle if the height-weight proportions at age five are not normal. Ensuring this marker is recorded for every child who enters school will also allow for a correlation with birthweights at the district level, giving a better understanding of multi-dimensional property.

Schooling is a socio-economic and gender parity springboard if school completion rates show no gender, rural-urban or parental income divides. Consequently, India may not only bring down its maternal mortality ratios but also improve neonatal and under five mortality rates, through delayed marriages and exercising of reproductive choices by its empowered young women.

Grading cognitively ill-equipped or ill-taught children on standardised tests is as much a waste of effort as letting large numbers of young people graduate through courses which are hopelessly out of sync with the expectations of the job interview board. The recently unveiled new education policy seeks to remedy this. It will be a while before we can measure any of the talked about, and hopefully intended, outputs or impact of this policy.

Data helps; timely, disaggregated, multidimensional data helps immensely in ensuring collective well being, physical, mental and social. People are India’s greatest possession and will remain so for the conceivable future, provided they are in a state of well-being. An ill-educated, anxious population is a tinderbox, capable of self-harm as well as being kindling for malice-driven mobilisation. Addressing this requires a whole of life and whole of society approach, and measuring the outcomes that matter, regularly.

Together, these measurements will tell us far more about where the current situation exist and where we as a nation will go. The tools to get these measurements, we just have to see them in real time to be able to take corrective actions where needed. Public health is about people, their continued well-being, and not just about controlling disease outbreaks. Hopefully the 2017 edition of the national health policy and the new education policy unveiled last month will be the twin rails that India rides towards a true demographic dividend.

Question for Prelims : National Caste Census is conducted by

Question for Mains : How can National Caste Census help the government in policy making ? Give suitable examples. What are the challenges and loopholes of Census data ?