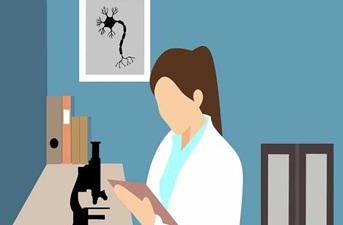 The Department of Science & Technology is working to formulate a comprehensive Science, Technology, and Innovation Policy (STIP) 2020, keeping gender equity at priority.

India, which is under the influence of second wave of COVID-19, has recently announced many reforms in multiple sectors The government has now decided to formulate a comprehensive Science, Technology, and Innovation Policy (STIP) 2020. The STIP 2020, India’s fifth national Policy for Science, Technology and Innovation aims to capture the aspirations of the entire nation through a decentralized, bottom-up and inclusive approach.

One of the key features of this policy is to put special attention on women participation in science and technology field.

The new Science, Technology and Innovation Policy, currently being drafted by the Department of Science and Technology (DST), is putting great emphasis to increase the participation of women in science. To this end, the DST will incorporate a system of grading institutes depending on the enrolment of women and the advancement of the careers of women faculty and scientists.

This concept, planning to follow is borrows from a programme started by the UK in 2005 called the Athena SWAN (Scientific Women’s Academic Network), which is now being adopted by many countries. The DST will soon launch a pilot, which the British Council has helped it develop.

The Athena Swan Charter is a framework which is used across the globe to support and transform gender equality within higher education (HE) and research. Established in 2005 to encourage and recognise commitment to advancing the careers of women in science, technology, engineering, maths and medicine (STEMM) employment, the Charter is now being used across the globe to address gender equality more broadly, and not just barriers to progression that affect women.

Key Principles of the Charter

A report was published by Ortus Economic Research in partnership with Loughborough University, in 2019, found that 93% of participants believed the programme had a positive impact on gender issues, 78% said it had impacted equality and diversity issues positively, and 78% noted a positive impact on the career progression of women.

The Chief Medical Officer form England, in 2011, linked the funding of the National Health Service and National Institute for Health Research with the Athena SWAN award to encourage and incentivize medical schools to empower women’s advancement and leadership.

This policy decision led to a 400% increase in Athena SWAN applications from medical and medical-related departments. A study in BMJ found that in the five-year period since the scheme was started, participating institutions had a higher number of female leaders than non-Athena institutions, and gender diversity in leadership positions also improved.

Presently, the programme has 170 member institutions across UK and Ireland. And Australia has adopted it under the name of SAGE (Science Australia Gender Equity), and has 40 institutions affiliated. Canada, the US and India are currently in transitional phases in implementing it.

In India, a similar programme proposed, that will be called GATI (Gender Advancement through Transforming Institutions). India is ranked 108 out of 149 countries in the 2018 Global Gender Gap report. According to DST figures, in 2015-16, the share of women involved in scientific research and development was 14.71%. After this, it increased from 13% in 2000-2001 to 29% in 2014-15. The DST has also found that women are either not promoted, or very often drop out mid-career to attend to their families.

Department of Science, wants to launched the project at mission mode, for the pilot, 25 institutes will be shortlisted to carry out self assessment on gender equity in their departments. The British Council is assisting the DST and will facilitate collaboration between selected institutions under GATI with Athena SWAN-accredited institutions in the UK, with each institute here having a partner institute in the UK for guidance.

It is a welcome step for scientific development, for this it is necessary to marked Institutions, those sign up commit to addressing unequal gender representation, tackling the gender pay gap, removing the obstacles faced by women in career development and progression, discriminatory treatment often experienced by transpeople, gender balance of committees and zero tolerance for bullying and sexual harassment.

The schemes will promote women researchers in regular service in academic and research institutions to take up R&D at the highest level.

Question for Prelims : Global Gender Gap Index is released by

Question for Mains : How will the Women’s participation in science and technology accelerate the growth of the country? What are the government's major initiatives in this direction? Discuss.