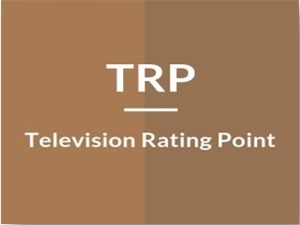 Mumbai Police Commissioner said in the Press brief that police are looking into a scam about manipulation of TRPs (Television Rating Points) by rigging the devices used by the Broadcast Audience Research Council (BARC) India, which has the mandate to measure television audience in India.

It represent how many people, from which socio-economic categories, watched which channels for how much time during a particular period. This could be for an hour, a day, or even a week. India follows the international standard of one minute. The data is usually made public every week.

A consultation paper about television audience measurement and ratings in India floated by the Telecom Regulatory Authority of India (TRAI) in 2018 defined its importance using the basis of audience measurement data, ratings are assigned to various programmes on television. Television ratings in turn influence programmes produced for the viewers. Better ratings would promote a programme while poor ratings will discourage a programme. Incorrect ratings will lead to production of programmes which may not be really popular while good programmes may be left out.

It is an industry body jointly owned by advertisers, ad agencies, and broadcasting companies, represented by The Indian Society of Advertisers, the Indian Broadcasting Foundation and the Advertising Agencies Association of India. Though it was created in 2010, the I&B Ministry notified the Policy Guidelines for Television Rating Agencies in India on 2014 and registered BARC in 2015 under these guidelines, to carry out television ratings in India.

BARC has installed “BAR-O-meters” in over 45,000 empanelled households. These households are classified into 12 categories under the New Consumer Classification System (NCCS), the so-called “new SEC” adopted by BARC in 2015, based on the education level of the main wage earner and the ownership of consumer durables from a list of 11 items ranging from an electricity connection to a car.

While watching a show, members of the household register their presence by pressing their viewer ID button, every person in household has a separate ID so that capturing the duration for which the channel was watched and by whom, and providing data on viewership habits across age and socio-economic groups. The panel chosen to capture TRPs must be representative of the country’s population, and the methodology must be economically viable for the industry.

If broadcasters can find the households where devices are installed, they can either bribe them to watch their channels, or ask cable operators or multi-system operators to ensure their channel is available on the landing page, when the TV is switched on.

For TRPs, it does not matter what the entire country is watching, but essentially what the 45,000-odd households supposed to represent TV viewership of the country have watched. Broadcasters can target these households to fudge actual viewership data.

Effect of Panel Tampering on TRP

In a report TRAI mentioned that the panel infiltration has a significant impact when the panel size is smaller and with the increase in panel size, infiltration of panel homes becomes challenging.

Earlier BARC has filed multiple FIRs, as it tracks unusual viewership behaviour and takes action. In the current case, the insider said an FIR was filed against employees of Hansa Research, which BARC hires for certain field jobs like going to panel households. BARC hires multiple agencies so that no single agency has the entire map of panel households across the country.

The source cited the example of English TV news, which has a small share of the national viewership pie at around 1.5%, which means that for around 45,000 panel households, around 700 households will contribute to the viewership. Here while the sample is around 700, not all of them are watching English TV news every day. Actual watching will be around 350 homes. In such a scenario, if one manages to rig 10 among the heavy viewing homes, then you can swing the needle big time.

For the smaller sample, manipulation becomes easier. In a genre like English news, because fewer homes will have larger weightage, change in behaviour of one home gets amplified at a much larger scale nationwide.

Additionally, as each channel tries to project itself as a market leader in a particular segment, it slices the data into socio-economic brackets on the basis of NCCS, age, gender, time slots (primetime) etc to find the perfect data slice. This too increases relative error in the data, because of the small sample size.

Matter of Concern for Industry and Government

For over a decade, questions have been raised by people from within the industry. In a letter to the BARC chairman, News Broadcasters Association president, complained against the ratings of TV9 Bharatvarsh, and said that several news broadcasters have written to BARC drawing their attention that every week’s ratings are not in correlation to the basics of television, including the manipulated data is being released week after week without taking any remedial action. He further added that these are corrupt practices, which are being done with complete connivance with BARC and the broadcaster.

Two years ago, the I&B Ministry had raised concerns that BARC was under-reporting viewership of Doordarshan, and floated the idea of chip-based activity logs through all set-top boxes. The idea was finally rejected.

Amid reports of manipulations in Television Rating Points (TRP) by some channels, the Parliamentary Standing Committee on Information Technology, has decided to take up the issue with sincerity.

Panel member had requested to the chairman of the Parliamentary Standing Committee to take up the matter and call the officials of the Information and Broadcasting Ministry before the committee to seek clarification and remedial measures.

In the 2018 consultation paper, Telephone Regulatory Authority of India (TRAI) said that one of the biggest challenges has been the absence of any specific law through which the agents/ suspects involved in panel tampering/infiltration could be penalised.

It should be noted that BARC has filed FIRs in various police stations against the agents/ suspects involved in panel tampering/infiltration, but its efforts to mitigate panel tampering/ infiltration have been hampered due to absence of any legal framework. Thus the need of the hour is to make a stringent law to check such corrupt practices.

With reference to the Telecom Regulatory Authority of India, consider the following statements:

1. It is a statuory body established under the Indian Telegraph Act 1885.
2. Only High Courts are authorised to hear appeals against any direction, decision or order of TRAI.
Which of the statements given above is/ are correct?

Why there is a gap between actual TRP and the notified TRP? Does TRP represents the viewing behavior of India's population? Discuss.