An Internal Working Group within the Reserve Bank of India has recommended to allow industrial conglomerates to set up banking units.

A recent report by an Internal Working Group of the Reserve Bank of India has recommended several changes in the banking policies in India. The IWG was constituted to review extant ownership guidelines and corporate structure for Indian private sector banks. 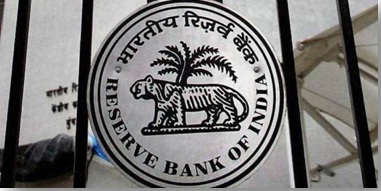 The IWG submitted several recommendations, but one, in particular, has raised a lot of attention. This has to do with allowing large corporate/industrial houses to be promoters of private banks.

It also recommended to allow payment banks and other finance companies to become lenders.

Banking in India – An Overview

The banking system in any country is of critical importance for sustaining economic growth. India’s banking system has changed a lot since Independence when banks were owned by the private sector, resulting in a large concentration of resources in the hands of a few business families.

To achieve a wider spread of bank credit, prevent its misuse, direct a larger volume of credit flow to priority sectors and to make it an effective instrument of economic development, the government resorted to the nationalization of banks in 1969 (14 banks) and again in 1980 (6 banks).

With economic liberalization in the early 1990s, the economy’s credit needs grew and private banks re-entered the picture.

The Indian banking system has undergone significant structural transformation since the 1990s. An administered regime under state ownership until the initiation of financial sector reforms in 1992, the sector was opened to greater competition by the entry of new private banks and more liberal entry of foreign banks in line with the recommendations of the Report of the Committee on the Financial System (chaired by Shri M. Narasimham).

A second Committee on Banking Sector Reforms (also chaired by Shri M. Narasimham) was appointed in 1998 to review the record of implementation of financial system reforms and to look ahead and chart the reforms necessary in the years ahead.

During this period, ownership in public sector banks was also diversified. Along with the flexible entry norms for private and foreign banks, this changed the competitive conditions in the banking industry.

However, even after three decades of rapid growth, the total balance sheet of banks in India still constitutes less than 70 per cent of the GDP, which is much less compared to other nations, China, for instance, where this ratio is closer to 175%.

Moreover, domestic bank credit to the private sector is just 50% of GDP when in economies such as China, Japan, the US and Korea it is upwards of 150 per cent. In other words, India’s banking system has been struggling to meet the credit demands of a growing economy. There is only one Indian bank in the top 100 banks globally by size. Further, Indian banks are also one of the least cost-efficient.

The Former Governor and Deputy Governor of the RBI, Raghuram Rajan and Viral Acharya, have warned, that with allowing large corporate houses to promote banks would pose several challenges before the banking sector. They said that by doing so could lead to connected lending, wherein depositors money could easily find its way into the kitty of the corporate promoters and their connected businesses, heightening systemic risk.

Given the questionable standards of corporate governance in Indian companies, numerous examples of crony capitalism have come to light in the recent past, questions over conflict of interest are bound to arise. As the report itself mentions, it will be difficult to ring fence the non-financial activities of the promoters with that of the bank.

It has been argued that such concerns can be addressed by strong supervision and well thought out regulation. However, recent episodes such as the collapse of IL&FS, the Nirav Modi scam at the Punjab National Bank, and the implosion of the Punjab and Maharashtra Cooperative Bank, don’t inspire confidence in the regulator’s supervisory capabilities.

In simply words, connected lending refers to a situation where the promoter of a bank is also a borrower and, as such, it is possible for a promoter to channel the depositors money into their own ventures.

Connected lending has been happening for a long time and the RBI has been always behind the curve in spotting it. The recent episodes in ICICI Bank, Yes Bank, DHFL etc. were all examples of connected lending. The so-called ever-greening of loans (where one loan after another is extended to enable the borrower to pay back the previous one) is often the starting point of such lending.

Unlike a non-bank finance company or NBFC (many of which are backed by large corporates), a bank accepts deposits from common Indians and that is what makes this riskier.

Past examples of such mingling, such as Japan’s Keiretsu and Korea’s Chaebol, came unstuck during the 1998 crisis with disastrous consequences for the broader economy. Hence it is prudent to keep the class of borrowers (i.e Big companies) apart from the class of lenders (i.e Banks).

In the past, RBI has always frowned upon this suggestion. In fact, when the IWG reached out to its set of experts, it found that barring one, all of them “were of the opinion that large corporate/industrial houses should not be allowed to promote a bank”.

The Indian economy, especially the private sector, needs money (credit) to grow. Far from being able to extend credit, the government-owned banks are struggling to contain their non-performing assets.

Government finances were already strained before the Covid crisis. With growth faltering, revenues have plummeted and the government has limited ability to push for growth through the public sector banks.

Large corporates, with deep pockets, are the ones with the financial resources to fund India’s future growth.

India needs to bolster its banking system if it wants to grow at a fast clip. In this regard, it is crucial to note that public sector banks have been steadily losing ground to private banks. Private banks are not only more efficient and profitable but also have more risk appetite.

It is in this background that the IWG was asked to suggest changes that not only boost private sector banking but also make it safer.

Question for Prelims : In the context of banking, which of the following correctly describe the Connected Lending ?

Question for Mains: Allowing corporate houses into the Indian banking market is intimately linked with the larger issue of banking structure. Discuss.