The Delhi High Court is set to hear a bunch of petitions questioning the constitutional validity of National Anti-profiteering Authority (NAA). 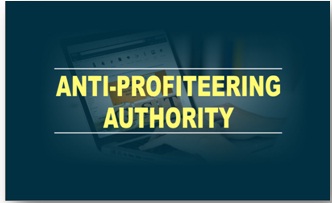 Companies including Hindustan Unilever, Patanjali, Jubilant Foodworks, Reckitt Benckiser, Johnson & Johnson, Phillips have raised questions over the various aspects of NAA, including its constitutional validity and the absence of methodology to compute profiteering. The Delhi High Court clubbed all such petitions filed by companies.

The NAA is the statutory mechanism under GST law to check the unfair profiteering activities by the registered suppliers under GST law. The Authority’s core function is to ensure that the commensurate benefits of the reduction in GST rates on goods and services done by the GST Council and of the Input tax credit are passed on to the recipients by way of commensurate reduction in the prices by the suppliers.

The formation of NAA comes in the background of rate-reduction of large number of items by GST Council in its 22nd meeting at Guwahati. At the meeting, the Council reduced rates of more than 200 items including goods and services. This has made tremendous price reduction effect and the consumers will be benefited only if the registered suppliers under GST law are reducing the prices of respective items immediately. 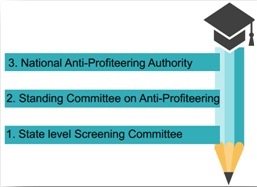 The National Anti-profiteering Authority has powers to summon a person whose attendance is considered necessary, in line with judicial proceedings. When it determines that a registered person has not passed on the reduction in tax rate or input tax credit benefit to the recipient, the Authority shall be authorised to recommend a reduction in prices, return of the amount equivalent to the amount not passed to the recipient and recovery of the amount including the interest recommended to be returned and deposited in the Consumer Welfare Fund, as provided under Section 57 of CGST Act.

The orders under the anti-profiteering rules shall be appealable in high court, as per the rules. The members have the powers to summon any person considered necessary to produce document of evidence under Section 70 of Central GST (CGST) Act and have powers in any inquiry as provided in case of a civil court under the provisions of the Code of Civil Procedure. The inquiry by the anti-profiteering authority shall be deemed to be judicial proceedings within the meaning of section 193 and section 228 of the Indian Penal Code, as per the rules.

Section 171 of the CGST Act provides that any reduction in rate of tax on any supply of goods or services, or the benefit of input tax credit shall be passed on to the recipient (consumer) by way of a commensurate reduction in prices.

As per the rules, the Committee of Central and state government officers shall be authorised to pass orders pertaining to anti-profiteering. The rules also state that the Authority, on receipt of a written application, can initiate proceedings to determine whether any reduction in tax rate on any supply of goods or services or benefit of input tax credit has been passed to the recipient by way of commensurate reduction of prices. However, the Authority is not supposed to initiate the proceedings pursuant to the application unless it examines the accuracy and adequacy of the evidence provided in the application.

Also, any order passed by the Committee has to be immediately complied with by the registered person failing which the proper officer shall proceed to recover the amount under the provisions of the CGST Act.

The Authority may require the Directorate General of GST Intelligence or any other agency notified by the Centre or states to conduct investigation for evidence necessary to determine if the reduction in tax rate has been passed on to the recipient. The anti-profiteering rules also state that if the members of the anti-profiteering authority differ in opinion, then decision shall be decided by majority.

Companies´ View on the Matter

The Constitutional validity of NAA and the absence of methodology to determine the quantum of profiteering including the usage of certain vague terms such as commensurate reduction in prices. Not properly defined approaches, such as, whether the profiteering should be computed at product level, portfolio level or at entity level is one critical issue.

NAA does not have a judicial member despite being a quasi-judicial body. The chairman of NAA is a bureaucrat, while one of the two members is a bureaucrat and the other the revenue officer.

It is also being said that the provisions on NAA can be considered violative of Articles 14 and 19 of the Constitution. Article 19 (1) (g) is being violated because the inherent profit motive of the traders is undermined.

The principle of equality has been breached with the uncontrolled choice of the executive and unguided discretion, which is arbitrary in nature. Reasonable restrictions for interests of the general public are also not visible.

Meanwhile, consumer advocacy group CUTS International recently said that it will intervene in the matter in support of the NAA and to defend consumer's right to be charged appropriate prices.

The CUTS International, termed the petitions filed by companies as unfair. It said that the benefits of tax rate reduction not being passed on to consumers through reduction in price of goods or services.

It highlighted the learning from the VAT experience, legal heft was provided in GST law by incorporating anti-profiteering provisions.

It also cited a report released in 2010 by the Comptroller and Auditor General of India (CAG) that said dealers did not pass benefits of tax reduction to consumers after implementation of state level VAT. It added the distinction between profit and profiteering. Explaining that Profiteering is when you are not passing the benefits of ITC and GST reduction to consumers.

The willful action of not passing the benefits to the recipients in the manner prescribed is known as ‘profiteering’.

While the government came up with the idea of anti-profiteering in the GST law to ensure consumers didn’t get shortchanged with manufacturers not passing on GST rate-cuts, it is necessary to understand that the market for most goods and services is hyper-competitive, and no manufacturer or service provider would be so imprudent as to charge a higher price and risk losing business to the competition.

The GST Council needs to come up with clear rules on how a company is to calculate the exact amount it has profiteered, more so in the case of firms that have thousands of stock keeping units (SKUs) and several times as many inputs that go into their manufacture/delivery.

Market Analyst said that the fact that the price of each input rises and falls independently at any point in time makes simplistic calculations like profiteering impossible.

In relation to the National Anti-profiteering Authority, consider the following statements:

1. It is the statutory mechanism to check the unfair profiteering activities by the registered suppliers under GST law.
2. It has powers to summon a person and run judicial proceedings.
3. Appeals against its rulings can be raised in Supreme Court only.

Anti-profiteering provisions are a positive step towards protecting consumer interests and rein in unjust profiteering, so that GST does not add to inflation in the economy. Do you agree with this to check inflation level within acceptable limits? Give arguments to justify your opinion.